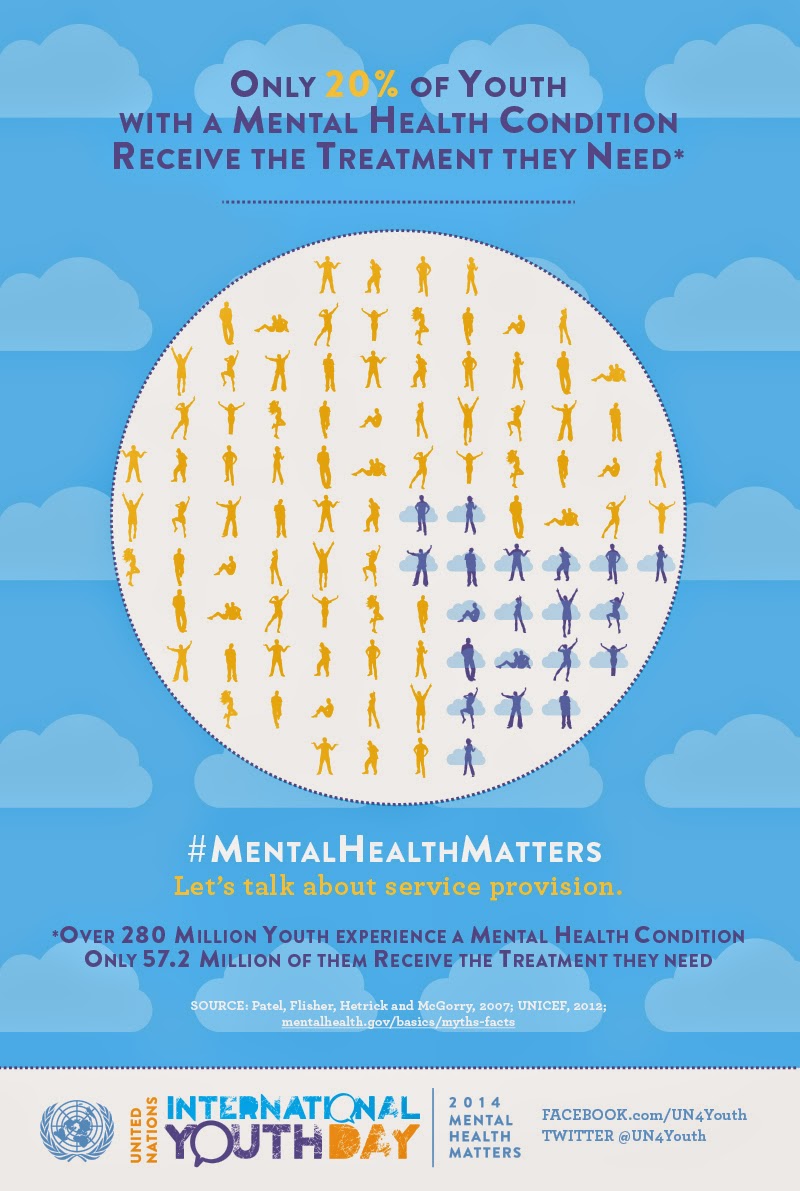 There are suggestions that the prevalence of mental health problems among young people is on the rise7. Preliminary findings from 2014 Health Behaviour in School-aged Children (HBSC) England study, recently reported in The Guardian, offer support for this notion as self-harm in teenagers appears to have nearly trebled in the last ten years. ChildLine8 offer anecdotal evidence for a decline in young people’s mental health also, with the helpline reporting 41% increase in calls about self-harm in the last year. 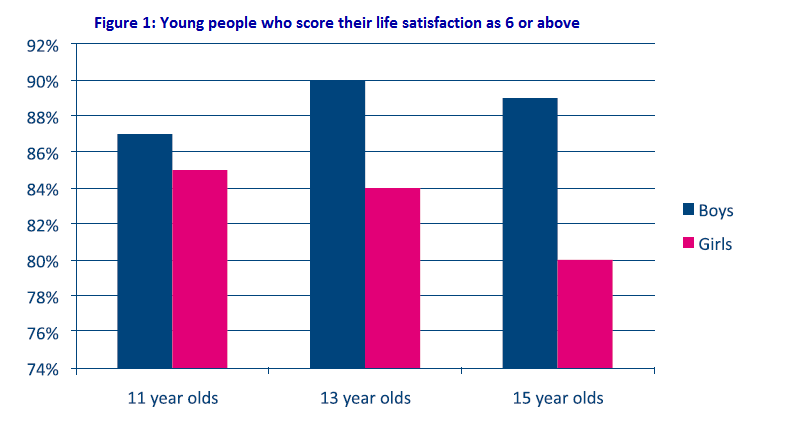 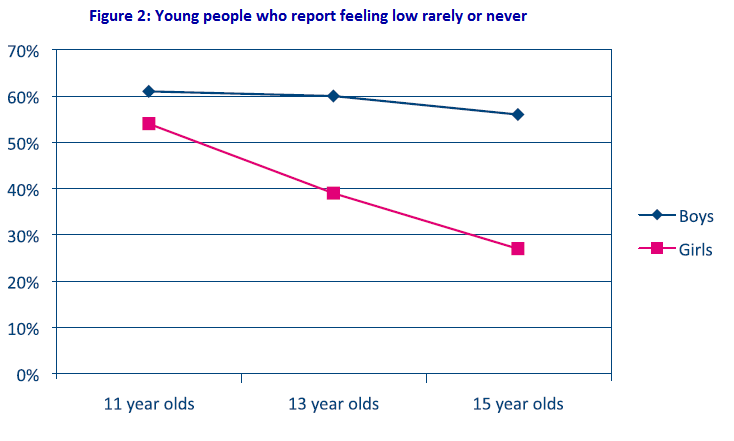 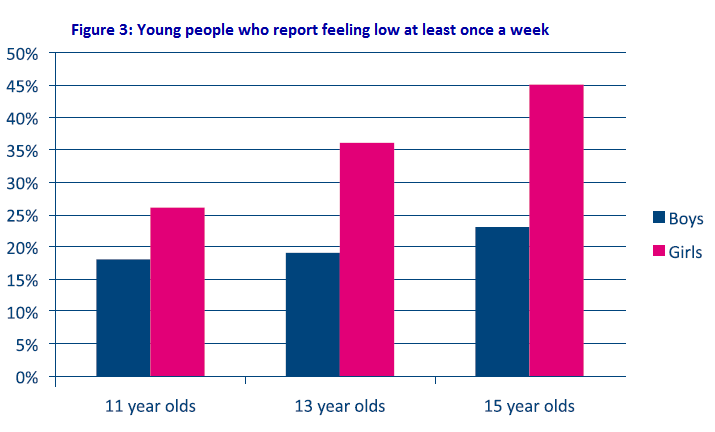 Research suggests 10% young people have a diagnosed mental health disorder6, but our 2010 findings indicate 28% of young people reported feeling low at least once a week (unpublished HBSC England 2010 data). While the measures used by HBSC England do not stretch to clinical diagnosis of emotional disorders like depression and anxiety, they do primarily gauge aspects of emotional health which probably accounts for the higher proportions observed among girls. It is difficult (and usually inappropriate) in a survey like HBSC to try and diagnose the conduct disorders that are more frequently experienced by boys. However, it is important to acknowledge the wide spectrum of mental health behaviours experienced by adolescents, and to recognise those who present poorer mental health despite not receiving a clinical diagnosis. Good care and support for these young people will matter both as a protective factor against developing more serious disorders later on, but also in ensuring optimal well-being in the here and now.