Some is better than none!

We have just published an article in the International Journal of Health Promotion and Education entitled “Associations between physical activity in adolescence and health behaviours, well- being, family and social relations”.

The health benefits of physical activity have long been recognised; regular physical activity is linked to both positive long term health1 and emotional well-being2.  The World Health Organization (WHO) recommends young people have at least one hour of moderate to vigorous physical activity per day. Despite the well documented benefits of physical activity, findings from the 2010 Health Behaviour in School-aged Children (HBSC) study indicate only a minority of young people across Europe and North America reach the WHO recommendation3. In England, only 28% of boys and 15% of girls reported being physically active for at least one hour per day. Figure 1 (taken from the HBSC England 2010 national report) shows boys are more likely to meet the recommended levels of physical activity across all ages, however for both boys and girls the likelihood of being physically active for one hour each day decreases with age. 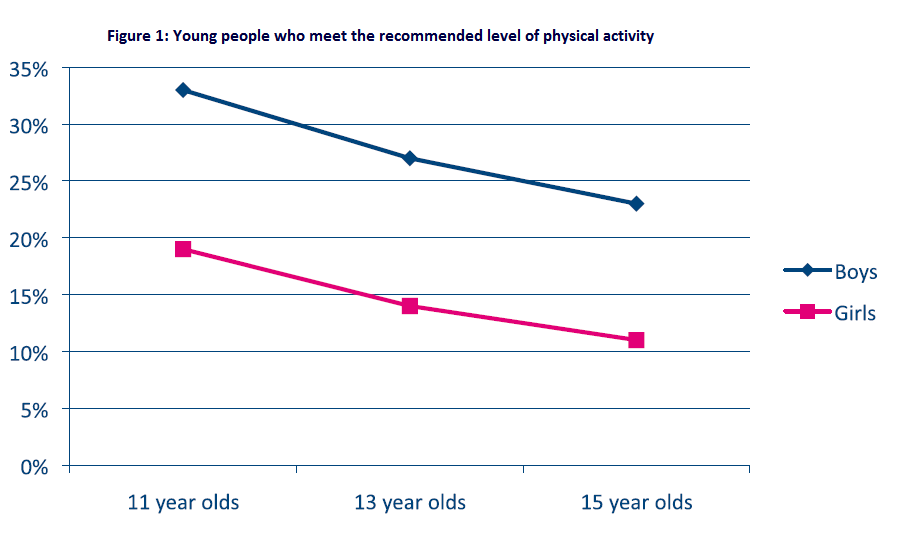 For a thorough discussion of these findings click here to access our paper, published in the International Journal of Health Promotion and Education.

Posted by HBSC England at 07:20 No comments: