The following blog post was written by Roman and Vato, both 15 years old, during their time spent with the HBSC England team for work experience. After studying HBSC England data they have provided an insightful account of adolescent life in order to interpret the findings.

As students on work experience, we were given the chance to look at some data in order to interpret it; giving our own opinions on what that data could mean and why. Since adolescents are often tokenised and not really taken seriously, we were relieved when we actually had the chance to express ourselves.

Our main concern was the fact that so much adult attention was focused on the usage of risk behaviours in our age group. The media and even those in power seem to think that adolescents are all potheads that have replaced their blood with alcohol and their brains with nicotine. Safe to say, this is not actually true, and anyone who happens to believe this may want to contact their local GP. In any case, the risk behaviours were never truly significant anyway. They are simply a way for adolescents to entertain themselves and even escape reality, despite being extremely detrimental to one’s health. But honestly young people have learned this already.

Honestly though, there is little point in focusing on risk behaviours. They are not the causes of adolescent problems, they are the effects. Teenagers turn to drugs when they are depressed. They smoke when they are lonely. They drink when they are stressed. Just a few examples of reality that should have been obvious. Substance usage happens because of a large variety of different internal problems, and while it could be that educating adolescents on substances is helpful, the focus should not be on the usage, it should be on why they are used, and what one could do instead. And even better, there should be so much more attention paid to the fact that Internal Problems Are Real.

When the government expects us to learn and develop at school, what they don’t realise is that they have given us three options:
And told us we can choose two.

With the current education system, adolescents are usually left almost completely busy with school work, meaning they barely have time for the activities they need to actually develop as human beings.

Let’s calculate it shall we?

6 hours of school per day, and for healthy living young people require 9-11 hours of sleep. Now we aren’t unfair, so we’ll go with 10. 6+10 = 16. This leaves 8 hours awake at home. Now maybe homework is not so intensive before GCSE’s, but it still eats quite a large amount of time, and when GCSE’s come into the picture, homework can take up to 5 hours per day. The government also recommends 1 hour of physical activity per day.

So. For an adolescent doing GCSE’s to be healthy and do work, they are left with 2-3 hours to eat, socialise, rest, pursue their interests, deal with the problems of puberty, connect with their family, deal with various drama and friendships, develop as humans, find out who they are beyond schoolwork, learn about the news of the world which will definitely concern them later on, think about life and what they want to do in the future, and actually live as nature intended.

2 hours. To do that. What the hell is wrong with you? (This is not to say all teenagers are left with 2 hours to live, it is simply a base picture. This can and does happen quite a bit.) In all seriousness, there is little wonder that adolescents are faced with so many internal struggles; stress, anxiety, depression. Not helpful when society and medial interaction states that they should be perfect or they won’t be loved. Not helpful when school rules dictate that if you forget a sock in P.E you will be faced with an after-school detention (I am not joking with you; this is actually what happens to us).

And beyond that, young people face the challenge of trying to communicate their problems to adults who don’t realise that even if their past seemed easy for them, it does not mean that now is easy for us. Some of them don’t even believe in mental health problems just because they can’t see them. Depression doesn’t leave bruises, but it still harms us. It still exists.

There are thousands of ways we could conclude this, talking about stereotype, empathy, the government. Michael Gove. But all we can truly do is give you what we have written. Take from it what you will.

Thank you for reading.

Roman and Vato.
Posted by HBSC England at 00:50 No comments: 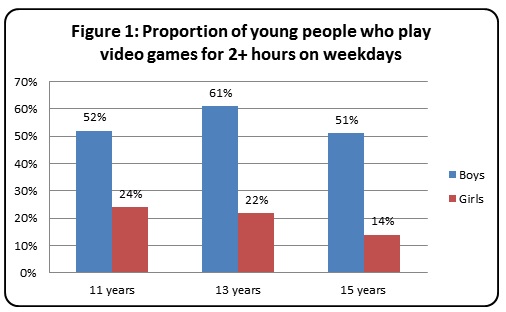 Posted by HBSC England at 02:19 No comments:

The guest of our blog Dr Wendy Wills asks an interesting question!

Research conducted by the University of Hertfordshire suggests many young people at secondary school buy food and drink from shops close to their school, rather than in the school cafeteria. This is for several reasons, including that local shops are friendly and don’t mind young people hanging out with their friends there; they provide cheap food and drink that appeals to young people and also that local shops are nicer places to spend the lunch break, compared with schools.

We are making a film to highlight these research findings and we need YOUNG PEOPLE  to help us decide on a title for the film!


Do you have other suggestions? Please let us know! The deadline is the end of July.

Posted by HBSC England at 05:19 No comments: